Description
Raise your hand if you have some form of power at work? When we ask participants this question in our on-site training sessions, typically only people with titles of manager, supervisor and those who have direct reports raise their hands.

At the end of the training, they all raise their hands after discovering each of them have some form of power that can be leveraged effectively with the right people, in the right place, at the right time.

To whom much is given much is required, and power comes with significant amounts of responsibility. Maintaining ethics as a leader means recognizing your power and preventing the increasing misuse and abuse of power. The abuse of power has become a national concern in the public and private sectors of today's workplace. According to the Workplace Bullying Institute, 61% of bullies are managers, supervisors and senior level leaders, and the primary targets of their abusive power is women. Understanding the types of power, its consequences, and power differentials can help managers and leaders prevent the abuse of power with others.

Understanding "Power"
Power: is the capacity to affect another person's situation and/or compel others to do something they may not have done otherwise.

Types of Power
There are five types of power that are frequently observed in the workplace...

Remember, It is not necessarily what you do that makes you powerful, but what you are perceived to be capable of doing. Some managers like to downplay their power and act like they don't have any, however not being aware of your power can create leadership blind spots in situations known as power differentials.

Power Differentials
Situations in which a powerful person places a less powerful person in a vulnerable position is a "powerful differential." For example, a manager could create a power differential using coercive power by making it appear that if a person does not do what's desired, they will be retaliated against or experience consequences in some form (denied promotion, poor evaluation, etc...) and if they do perform what's desired, then they will receive praise and rewards in some form.

Think of a senior level leader asking the intern or administrative support person for unusual favors, or the salaried supervisor who praises hourly employees who don't take breaks and work extended hours without asking for overtime.

Almost all of EPIC's courses offer :

These course credits will help attendees earn training requirements for their associations or provincial governing bodies.

This course can be customized and delivered to a group at your facility saving time and money.
REQUEST A QUOTE

EPIC has many catalogs you can download containing courses in your area! 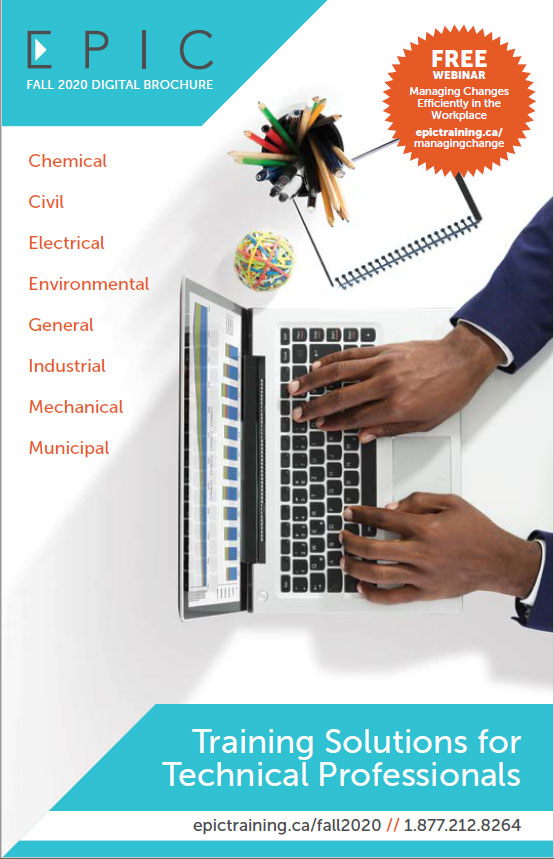